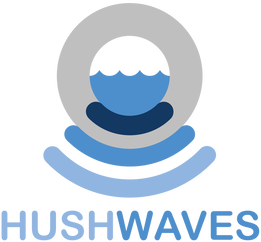 Harmonic Ultra Signaling Homogeneous Water Attenuation Vibrational Energy Solution
"If you want to find the secrets of the universe, think in terms of energy, frequency and vibration"
- Nikola Tesla

HUSHWAVES is a zero-energy, zero-chemical water conditioning solution that leverages molecular oscillation technology for the prevention and growth of bacteria, biofilm, algae and legionella in cooling towers, heat exchangers and water distribution systems.

HUSHWAVES do not change the chemistry of the water, but rather, it changes the physical behavior of the soluble and solid ingredients in the water.  This can therefore reduce harmful side effects water can have on water systems and piping over time.

HUSHWAVES are cutting edge, manufactured and charged or 'tuned' in Germany with specific oscillation patterns to resolve different issues. There are specific patterns for reducing corrosion, another for the reduction and prevention of scaling and a third for biofouling and other microbiological problems.  Each HUSHWAVE 'ring' is charged specifically to suit the problem required for water conditioning. The water accepts / absorbs these oscillations and spreads them in the direction of its flow. The oscillations spread through the entire succeeding water column faster than the actual flow velocity of the water. This is the reason why this method also works well in lines of piping which are seldom or never used "dead legs".  In the water these active oscillations interfere with the natural oscillations and alter the characteristics of the constituents in the water.  The result: the physical properties of substances contained in water (or other liquids) are modified.
HUSHWAVES work using specifically modulated molecular oscillations or lattice oscillations and are not based on using fields created by electric coils or magnets.  Due to the fact that this technology has been developed empirically, there is still no in-depth scientific explanation.  But, the following points are listed in order to assist in the comprehension of how this solution works:


Molecular oscillations are highly complex patterns which are emitted by atoms or molecules.  To simplify, an atom is made up of a nucleus (which consists of protons & neutrons) and electrons which orbit around the nucleus. Molecules are made up of several atoms that "share some electrons".  These are not rigid structures but dynamic 'vibrating' systems.  The warmer the substance, the greater the amplitude of this oscillation will be.  From research and development of HUSHWAVES, engineers have managed to isolate, map and store the molecular fundamental signals of various substances.

Most recent scientific findings suggest there is a constant exchange of signals between the atomic nucleus and the electrons.  The frequencies of these exchanged signals lie in the gigahertz to terahertz band.  HUSHWAVES (rings) are charged at the facility in Germany by a number of various high tech machines that cause the charges to be stored.  Aluminum and silicon crystals are mainly used for HUSHWAVES.  These materials are particularly well-suited for accepting charges, maintaining them and emitting them constantly.

Applications of the Technology

*Mils are used to give the corrosion rate in a pipe, a pipe system or other metallic surfaces
1 mm of Lime scale will increase heat transfer by 11% (higher cost)

HUSHWAVES are currently being used in various applications for numerous industries as a water conditioning device.  The following area where water is being conditioned by HUSHWAVES provides a clear indication of this unique & futuristic technology's versatility:

HUSHWAVES are extremely simple to install and maintain.  There is no need for pipe modifications, construction work or electrical connections.  The ring, HUSHWAVES, simply clasps around the pipe transfering water.  HUSHWAVES range in size to fit around pipes with diameters from 1/2 to 24" (on stock), but can be customized to fit diameters of 72".  The flowrates that are manageable and still effective by HUSHWAVES, have reached up to 24,000 m³/h.
HUSHWAVES have the following main benefits in terms of operation:

HUSHWAVES pilot test and trial programs are recommended, so that end users can see with their own eyes the actual benefits and performance of installing this simple ring around inlet pipe(s) and can track the improvements through various locations of their water network.  HOMES Water Inc. can install HUSHWAVES and provide service for biofilm monitoring (real-time) to trend the results over time for removal and monitoring of biofilm.